Born on July 18, 1895, in Memphis, Tennessee, Machine Gun Kelly was a bootlegger, small-time bank robber and kidnapper who ranged through Tennessee, Mississippi, Texas, Oklahoma and New Mexico in the 1920s and ’30s. Beginning his criminal career as a bootlegger, he was caught in 1927 and subsequently spent a few months in jail, where he met bank robbers. In 1930, he married Kathryn Thorne. They, along with others, robbed banks in many states, and kidnapped a wealthy oil tycoon and held him for ransom. For that crime, Kelly was arrested and sentenced to life in prison in 1933. He died in 1954. 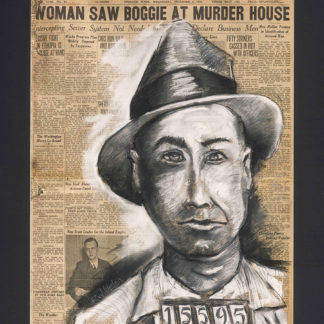